In business since 1951, Linatex has seen a lot of manufacturing processes and technologies come and go. One decision has proven itself for 10 years.

Linatex, a Danish manufacturer of specialized plastic and rubber components, became Universal Robots’ first customer with the purchase of a UR5 cobot in 2008. As we celebrate our tenth anniversary, we talked to Linatex again (you can read our first case study about them here) about what was—at that time—a ground-breaking decision.

“In 2008, we bought a UR5 robot arm to automate the feeding of our CNC machine. It ran in a trouble-free operation five days a week for two years,” explains Linatex CEO Torben Malmros. When the second generation of UR5 was launched by Universal Robots, we decided to exchange it for the new model, because we wanted the features in the new software like torque control.” 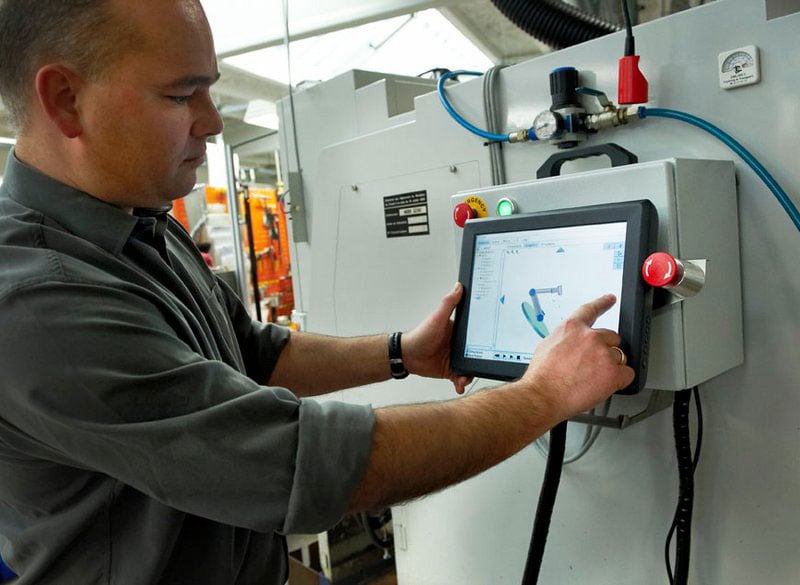 Universal Robots was first to develop a 3D graphical user interface for programming robots. Even the very first iteration of the UR5 offered this feature.

Linatex still has that robot from 2011, which is now more than seven years old. The robot is currently in operation 12 to 14 hours a day and the company will add an evening shift soon, adding another five hours of operation, five days a week. Other than occasional software updates, the cobot has required no other maintenance or parts replacements.

In explaining why Linatex took a chance on a completely new and unproven robot, Malmros says, “We've always been a bit on the "nerdy" side. We often see ourselves as first adopters of new technology.”

But it was a business need that drove the initial implementation.

“Back 10 years ago, we had received a very large order from the wind turbine industry that we needed to automate to fulfill,” Malmros explains. “We really liked the new robot, and its potential to help us meet this order was crucial. Since we operate only with lightweight materials such as polymers and rubber, we didn't need a robot with a heavy payload, so the UR5 was a perfect choice.” 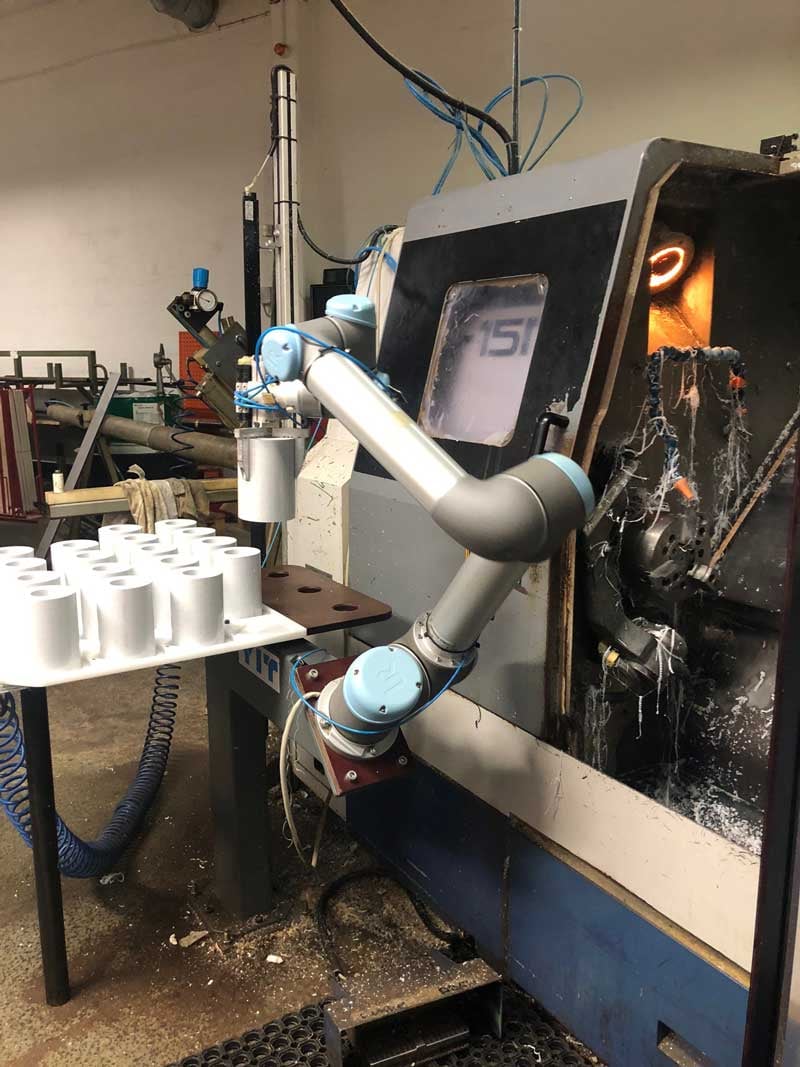 The UR5 that Linatex acquired in 2011 is still going strong more than 7 years later tending CNC machines. The cobot is even getting ready to take on an extra daily shift as well.

When Linatex installed the UR5, it was a dramatic shift from traditional automation. Instead of installing the robot behind safety caging, fenced off from workers, it was deployed right alongside employees. And instead of bringing in external programmers to master complex scripting, the Linatex team was able to program the robot on its own with no prior programming experience.

Linatex continues to reap the advantages of the UR collaborative robot. Those include increased output and competitiveness—all driven by the UR robot.

“Staff-wise, it has freed up 80% of the time we otherwise would need to allocate an operator to tend the CNC machines,” says Malmros. “It has enabled us to add more machines on the factory floor without hiring more people, as our existing staff now can interface with more machinery. We also see an increased competitiveness as a result of the robot. This time of year, most manufacturers receive messages that next year’s prices are going to go up due to the price of raw materials, staffing, logistics, etc. With the robot, we do the opposite, and have been able to lower our prices between 3% and 8% because we use the robot technology to become more efficient.”

Ten years ago, UR’s co-founder and CTO Esben Østergaard delivered the first robot himself, after having led a small team through three years of development in a basement at University of Southern Denmark. He still remembers the early days in 2008 when the small UR team delivered the first UR5s in Denmark and Germany. “10 years might seem like a long time, and it’s definitely been quite a journey, but we’ve only just started to scratch the surface,” says Østergaard. “I continue to see our cobots power new applications that we never imagined when we first launched.”

Are you ready to start your automation journey? Click here to get started with Cobots