Closer to the market: Universal Robots in Germany

Germany is traditionally known as one of the world’s largest industry locations. Besides that, it’s also one of the most automated ones: With 301 industrial robots per 10,000 employees Germany ranks fourth worldwide after South Korea, Singapore and Japan in terms of robot density, exceeding average more than six-fold.
One reason for this impressive ranking is the strong small- and medium-sized business sector in the country, the backbone of the German economy where automation has become a crucial competitive factor. The positive attitude towards automation in general across all industries makes Germany a big market for collaborative robot manufacturers.

“Germany is the most important market in Europe,” explains Helmut Schmid, General Manager Western Europe at Universal Robots. “We aim to manage it close to the market which is why we founded the German subsidiary Universal Robots GmbH in the fall of 2016.” In the spring of 2017, the next logical step was opening the new brick and mortar version of the Western Europe office. On this occasion Helmut and his team invited all distributors from Germany, Austria, Switzerland and Benelux to Munich for an exchange on vision, strategy and technical questions.

Customer support at all levels 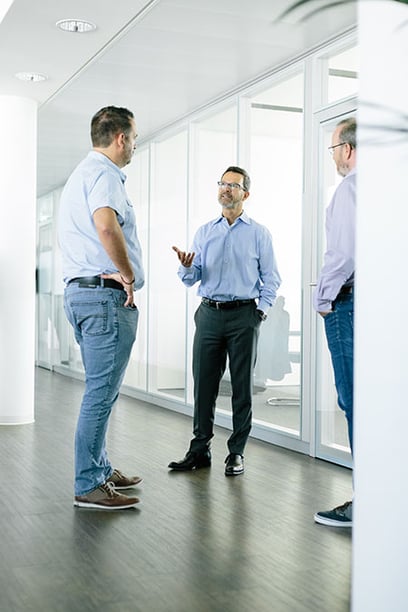 The new premises in Munich have more to offer than just space for offices and events: Also included is a highly functional training center. “With the training center we can provide opportunities that up to now have only been possible at our Danish headquarters,” says Helmut. “The integration of our robots is thereby going to be even faster and easier, since the training center is open for both partners and customers.” In the near future, Universal Robots will expand its offerings in Germany even more: A service center will be established in order to meet the increasing demand for support from customers at all levels.

This proximity to market and customers is necessary, since the German market has its own characteristics: “By international comparison, customers in Germany have stringent requirements on technical solutions as well as demanding standards regarding safety. This high understanding of technology is generally positive for our business, but lowers the implementation speed. Our new offerings compensate this which ultimately serves all involved parties,” says Helmut.

Times have not always been that comfortable for Universal Robots in Germany, as Andreas Schunkert, who is Head of Technical Support Western Europe and member of the UR team for quite a while now, remembers: “Early on, there were situations where we had to run our partner trainings in back rooms of their own locations. I can even remember a situation where a training took place in the manufacturing hall of a partner. Directly next to us they did screw fittings with a percussion drill. For the Advanced Trainings, we always had to use the premises of the HQ. We’ve worked successfully even under these conditions, but in this context our new training center is the starting point of a completely new era.” 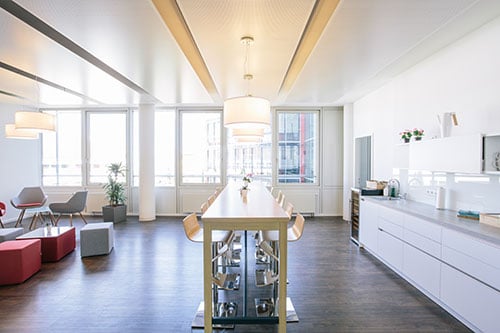