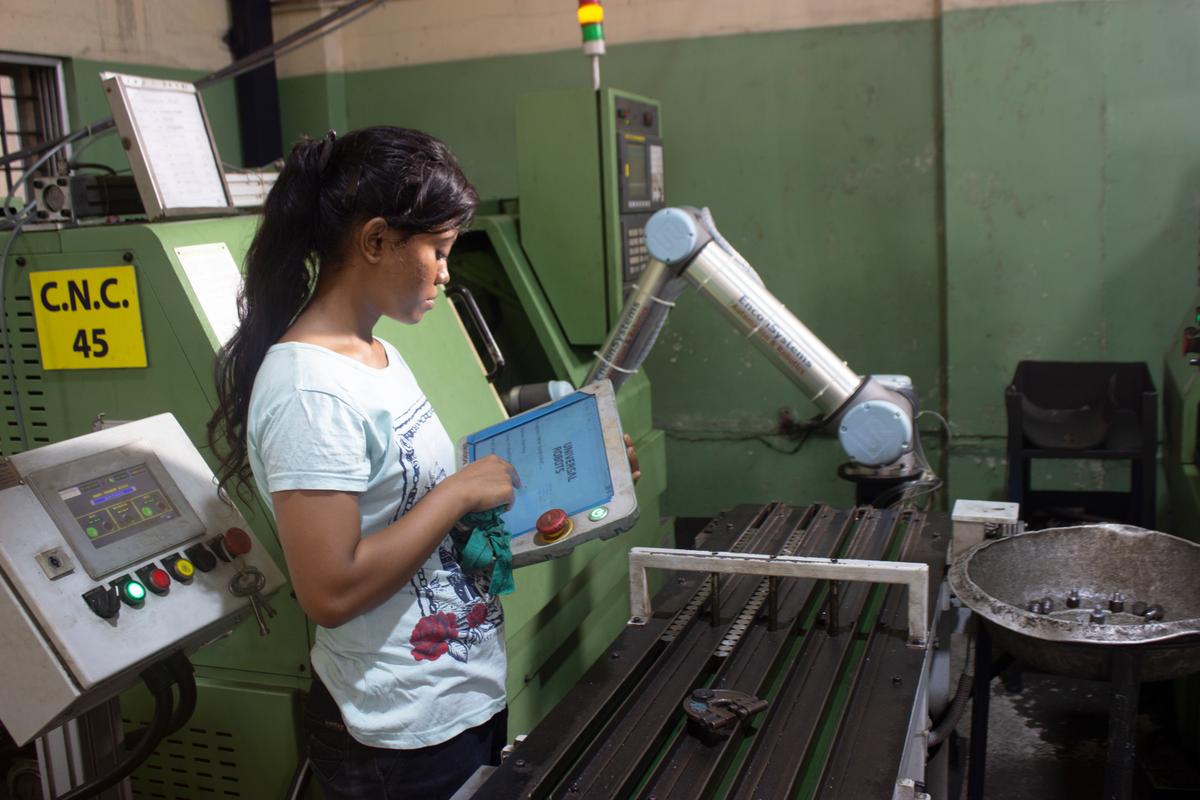 Worldwide conglomerates and huge corporations headquartered in major industrialized countries have an inherent edge in the global marketplace. Their ability to take advantage of economies of scale, their access to lucrative local and international markets, their ability to acquire the latest technology, and having the first pick of skilled labor make it difficult for smaller companies, especially those in rural areas and developing countries, to compete.

But we can see that times are changing and smaller companies and those that face other challenges are finding ways to take their perceived disadvantages and turn them into advantages. Among other things, their proximity to local markets and their relative agility allow them to adapt quickly to market trends.

How? By keeping their ears to the ground, by reacting faster, and by working smarter – thanks in part to investments in technology that can help “disadvantaged” companies overcome barriers competing with much larger players. 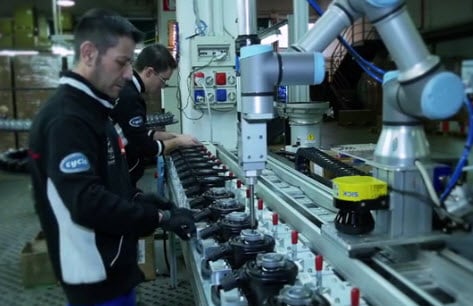 Italian power tool manufacturer, Rupes, made a bold commitment to eliminating defects and waste on its production line, whilst improving the working conditions of employees. The small company installed UR cobots to handle screw insertions, helping it achieve a “zero defect” goal in the production process

One technology that is helping these smaller companies compete is collaborative robots (cobots). Where costly industrial robots are still out of reach for small players, cobot are affordable, versatile and easy to integrate into work processes with no need for major renovations or costly installation projects.

At Universal Robots we have always seen the potential for cobots to level the playing field for smaller companies, manufacturers in developing nations, and businesses in areas where labor is scarce. It’s one of the reasons we launched the cobot back in 2008. The other reason was the potential for cobots to help liberate factory workers from dull, repetitive and even dangerous work that does not take advantage of uniquely human creativity and ingenuity.

Today, the equalizing power of cobots is widely recognized.

We’ve been saying it for a decade, and an increasing number of businesses – of all sizes – are starting to see the light. Cobots and other affordable automation technologies will play an increasingly critical role in helping the world’s wealth of smaller businesses and other companies that face special challenges compete with global giants. 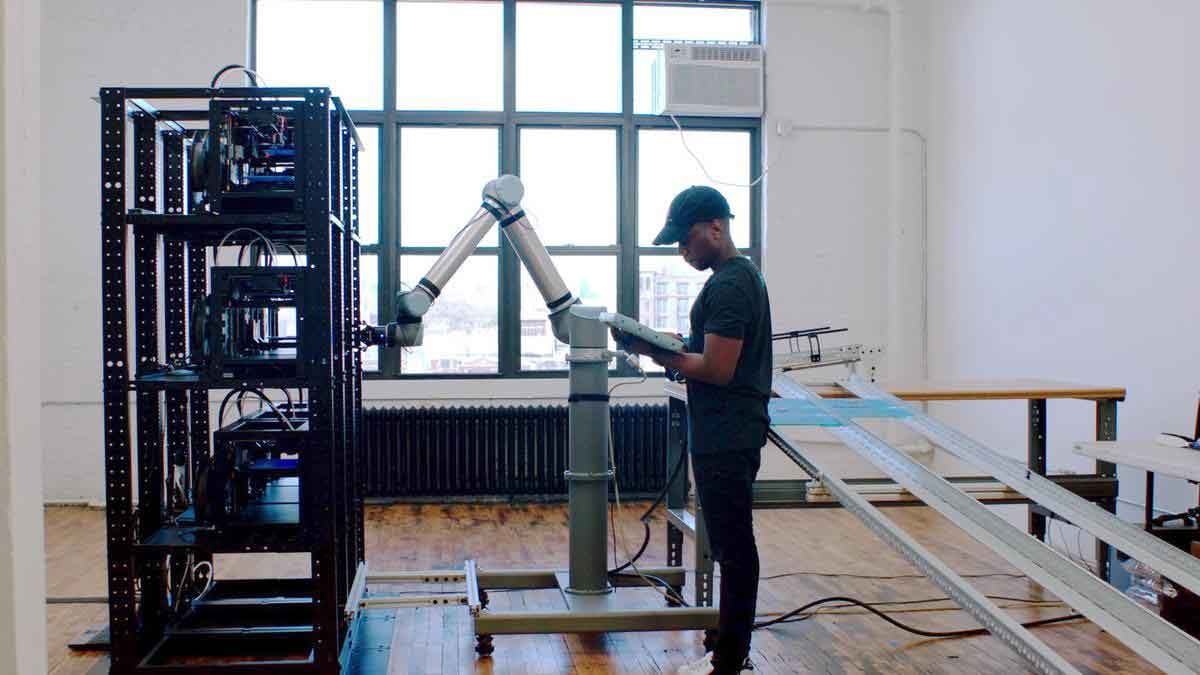 Universal Robots’ UR10 handles the “harvesting” - loading and unloading plates in 3D printers - at Voodoo manufacturing. Deploying collaborative robots has tripled production output and will help the Brooklyn startup cut costs by 90 percent. The company chose the UR robot due to its quick integration with peripheral systems enabled through the UR+ platform.

Competing with the big boys isn’t voodoo in New York

It’s one thing for us to claim that cobots can make companies of any size and in any location more competitive with their large, international counterparts. Voodoo Manufacturing in New York is actually proving it.

Voodoo is a smaller company that operates a printing farm scaling up to handle large production runs that compete with injection molding. The company’s challenge was to find a way to compete with off-shore companies who are able to charge less for products due to less-expensive labor and overhead costs.

According to Voodoo, a UR cobot was about five times less costly than a traditional industrial robot, largely due to the quick integration and the cobot’s safety features that also meant the company did not need to install safety cages, light curtains or any of the other safety measures usually needed when industrial robots work in a factory setting. 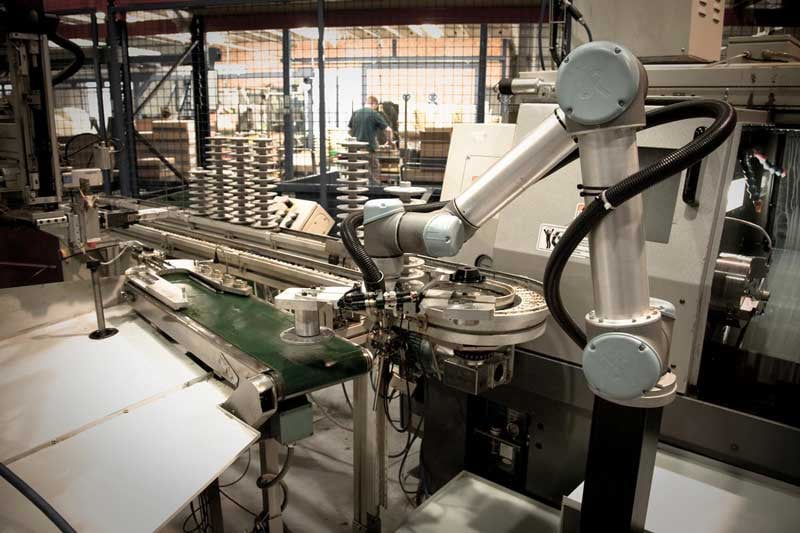 The small Czech company Multi-Wing CZ manufactures axial fan solutions for ventilation applications Adding UR cobots to tend the automated lathe has decreased production cost of each unit by 10-20% and resulted in annual savings of nearly 7,000 euros

Multi-Wing CZ, a ventilation fan producer in the Czech Republic, is another outfit that’s holding its own against bigger players with the help of cobots.

It needed to automate production within a very confined workspace to meet growing demand and to better compete with larger enterprises. So, it removed its old safety guard and installed a UR cobot, which enabled the company to cut per-unit production costs by 10-20% and boost capacity by 336 hours per year. 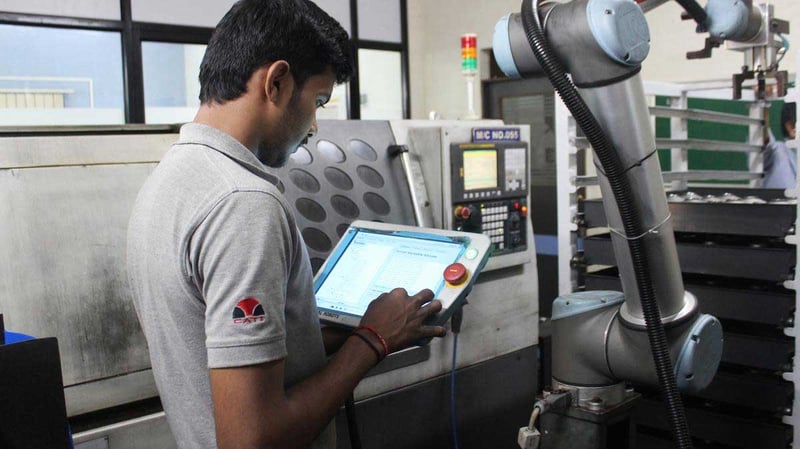 In India, Craft and Technik Industries (CATI) was looking to solve labor shortage and decrease the number of product rejects at its automotive parts plant which, due to so much work being done manually, was a major issue.

After installing a UR cobot, which loaded and unloaded a vertical CNC machine and performed automatic inspections, efficiency increased with production volume going up 15-20% with no defects or customer rejections.

As mentioned above, times are indeed changing in the global manufacturing arena. By working smarter and with modest investments in new technology, smaller companies, companies in outlying areas and companies in places where skilled labor is harder to come by can become more competitive with the global conglomerates. 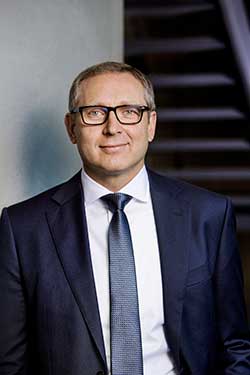 Jürgen von Hollen is President at Universal Robots and is responsible for leading Universal Robots through a period of explosive growth, driving the adoption of easy to use, safe, and economical cobots across the globe. Jürgen von Hollen has extensive international experience living and working in 8 different countries across Europe, America, Asia and Africa. He joined Universal Robots in 2016, previously having been the Executive President of the Engineering Solutions Division which includes the Automation and Controls business of Bilfinger SE, in Mannheim, Germany, a leading international Engineering and Services company. In his role at Bilfinger, he was responsible for a global staff of nearly 10,000 and annual sales in excess of €1billion. Jürgen von Hollen began his career with Daimler-Benz Aerospace and held senior management roles at Daimler-Chrysler Services, Deutsche Telecom and Pentair.