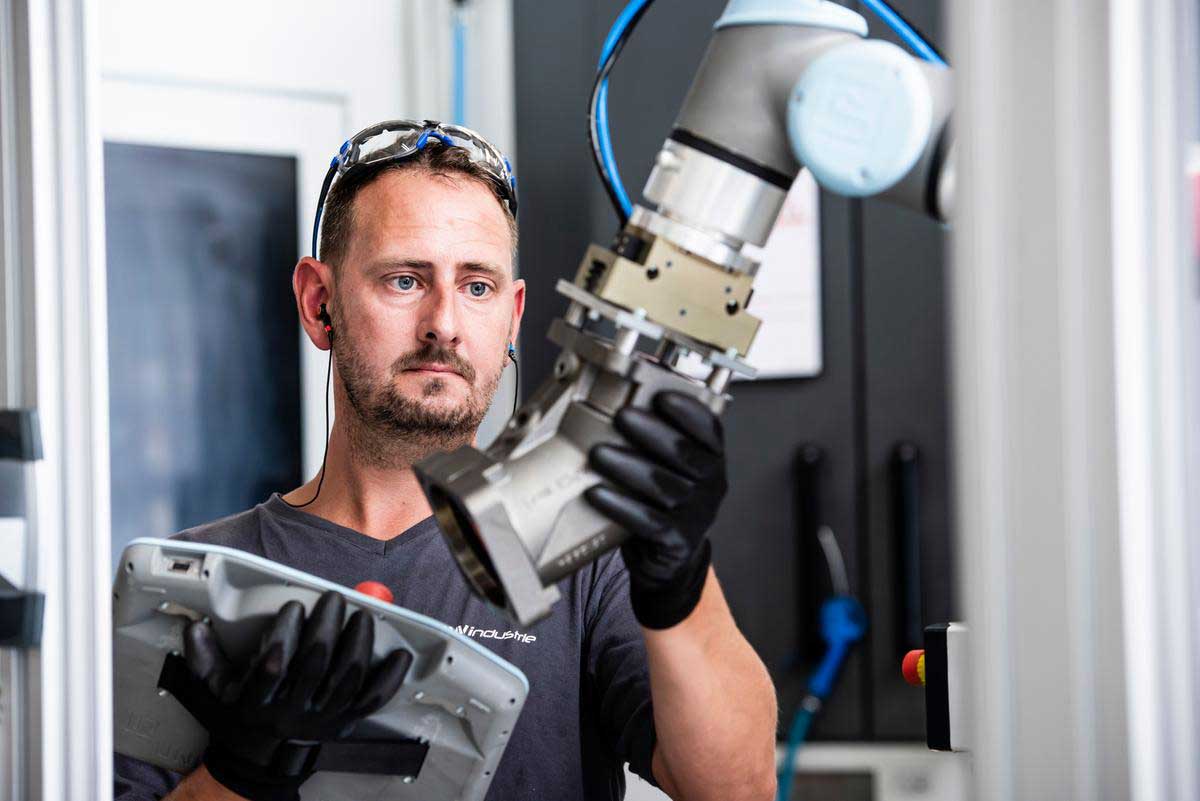 Many of our customers have expressed a strong interest in using our collaborative robots to automate process applications, such as dispensing, gluing, deburring, polishing, sewing, etc. You spoke, and we listened. We first added the Remote TCP (tool center point) feature in Polyscope 5.4, which enables our robots to move at a constant speed relative to a fixed (remote) TCP. Now, we are releasing an even more exciting feature, G-code toolpath support, in Polyscope 5.6.

For those who have used our robots before, it is basic knowledge that robot motions are programmed using waypoints and circle moves from the teach pendant. This approach is perfectly fine for common cobot applications, such as machine tending, palletizing, or general pick-and-place. However, it doesn’t work so well for process applications that require robots to follow complex trajectories. Imagine you need to program a robot to dispense liquid gasket on top of a car engine block. How long would it take you to finish teaching all the waypoints needed for the robot to trace the engine outline? Maybe a few hours, or even a day or two?

BWIndustrie, a French machine shop, has installed the new UR16e from Universal Robots to optimize and automate its deburring activities, which consist of removing burrs from machined parts. The company produces series ranging from 300 to 300,000 parts per year and wanted to guarantee the repeatability of the process. To solve these problems and optimize its deburring operations, BWIndustrie has deployed UR16e to handle the entire deburring operation. Its programming is carried out remotely by the operators via a TCP remote function.

One way to address this challenge is robotic offline programming (OLP). First, you create a virtual work cell in the OLP software. Then, program and simulate the robot motion. Finally, the software outputs a program file that you can load onto your robot directly. For some customers, this may be an acceptable approach. But what if you don’t have the budget for OLP software or don’t have the right people to learn and use it? Are there any alternatives? We reviewed many solutions on the market and concluded there was a gap between basic waypoint programming and OLP. Therefore, we decided to release this new feature, G-code toolpath support, to fill the gap.

G-code is an industry-standard language used for CNC machining. It tells the motors in CNC machines where to move, how fast to move, and what path to follow. Robots are fundamentally similar to CNC machines as each joint is driven by a motor as well. We just need to find a way to interpret G-code and generate robot commands accordingly, which seemed quite feasible to our smart development team. We chose G-code in specific because it is widely supported by CAD/CAM software. There is no need for you to purchase or learn an additional piece of software if you are already using a CAD/CAM package. Other formats, such as DXF, are able to define the geometry of a path, but generally, they do not contain all the necessary information, such as tool orientation, speed, and acceleration, for robot programming. 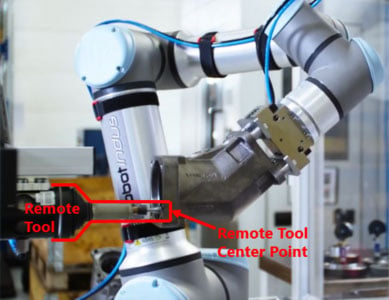 Remote Tool Center Point (RTCP) enables the robot to move the workpiece while maintaining
contact with a fixed tool at a constant speed.

So what does the workflow look like? First, you define a G-code toolpath based on the CAD model of your workpiece in your CAD/CAM software. Second, import the G-code toolpath into Polyscope through a USB drive. Third, tell the robot where the toolpath is by configuring a part coordinate system, which is just the reference frame of your toolpath. Now the robot is ready to execute your toolpath in a program. Once the toolpath is generated, it typically takes less than half an hour for a user to create a program in Polyscope. The robot programming time is significantly reduced!

Here is a dispensing demo we created using the Fancort UR+ Dispensing Kit.

The robot is able to trace this complex trajectory at a constant speed to dispense the gel evenly on the workpiece. The program tree in Polyscope is very concise, too. It is no longer necessary to program a long list of waypoints and circle moves 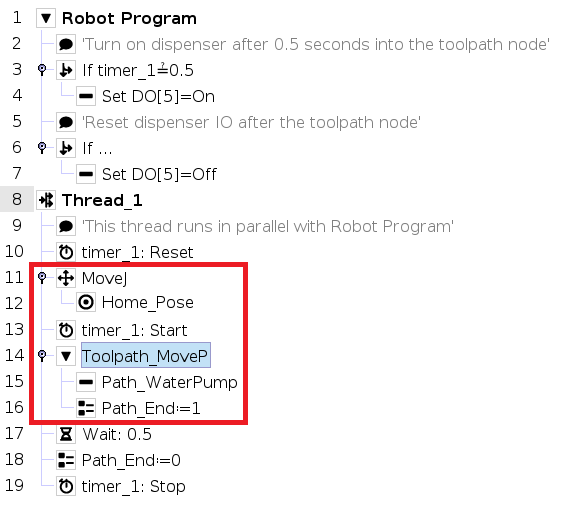 This new G-code toolpath feature, along with Remote TCP, is available in the Remote TCP & Toolpath URCap in Polyscope 5.6. You can execute a toolpath relative to either Remote TCP or regular TCP. Make sure you register your robot here and activate this URCap before trying it out.

If you want to learn more about the Remote TCP & Toolpath URCap, please check out the following articles on our Support Site. 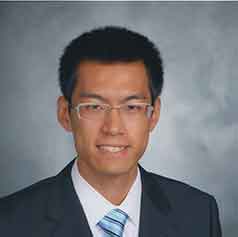