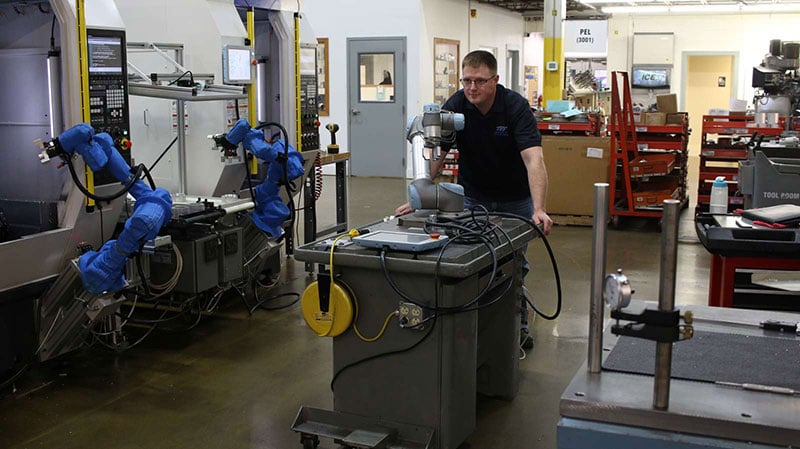 Manufacturers are used to living between a rock and a hard place – and navigating the space between. Demand vs. supply. Consumer appetites for customized product and their expectations for ever-lowering costs. The list goes on and on. So the current tug-of-war over if, when and where a recession will hit is not unchartered territory. For manufacturers, though, the uncertainty is particularly challenging, as flexibility that allows operations to reflect the pace of the economy simply isn’t there.

The economy has been growing. Unemployment is down. Last year’s Christmas sales were better than they’ve been in a long time. All good and logical reasons for manufacturers to hire.

Recently though, there have been signs that instability is coming. The US stock market experienced extreme volatility as 2018 came to a close. The Federal Reserve raised interest rates and laid down some pretty clear language that more were to come. Consumer confidence fell. In the UK, a deal on Brexit that would allow British manufacturers to continue to do business with the EU seemed elusive at best. The Chinese government announced that growth in its economy has slowed. And the “R” word started to appear with more frequency. These are not the signs that inspire confidence. 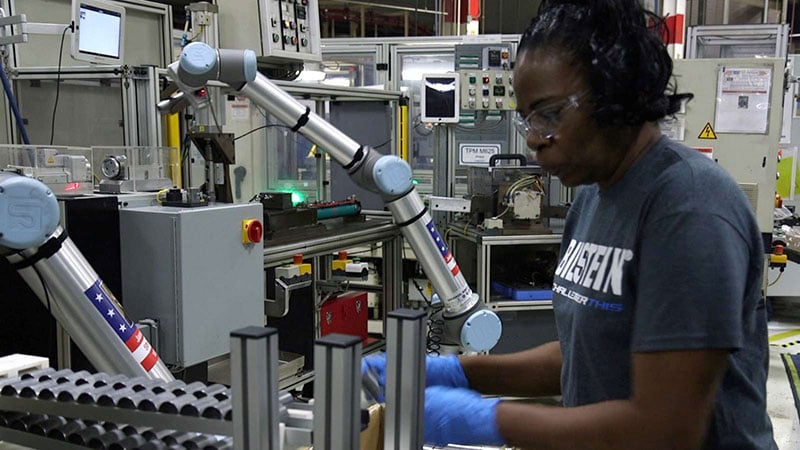 So, manufacturers once again find themselves in a place they know so well. The rock: the need to hire workers to keep ahead of demand. Compounding this challenge is that unemployment is low and it is very hard to find people with the skills needed to take a job in manufacturing and be ready to work on day one. The hard place: overwhelmingly, today’s automation is fixed, expensive and able to perform only a single task.

As one supply chain executive of a global automotive firm shared recently, “In a downturn…it is about flexibility. All of the automation we have costs too much and it is too complicated to change what it does. What we need is flexible automation that can respond when and how we need it to.”

So what makes the most sense? Hire, hoping that if and when recession comes, it will be short lived and you won’t have to lay folks off? Or try to invest in reconfiguring existing automation? 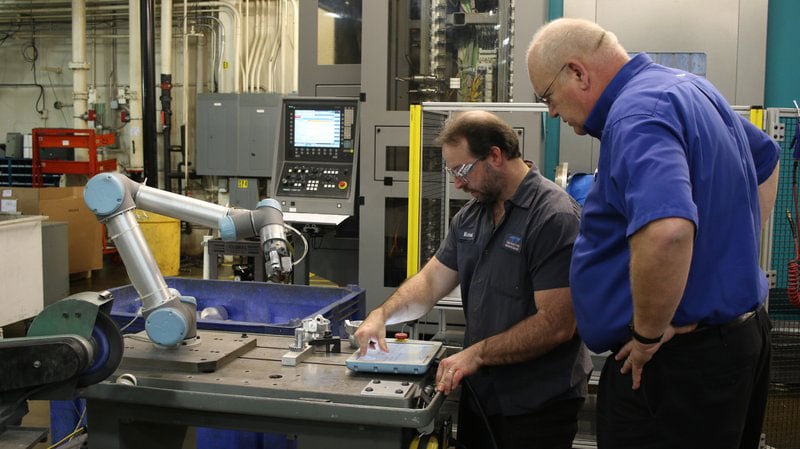 Being able to use cobots as a flexible automation tool that you can move between jobs is crucial for contract and high mix/low volume manufacturers. CEO of Task Force Tips in Indiana, USA, Stewart McMillan (right) describes it this way: “A major impediment to using robots in the past was the security fencing required around the machine. The beautiful thing about cobots is you don’t need all that guarding. We can roll the table with the robot right up to the machine and in a few minutes teach the robot to load parts. They become kind of a partner to a person that goes around and helps them with the drudgery. It’s a fundamental paradigm shift in the way robots are viewed.”

Ending this conundrum is in large part why collaborative robots are the answer for today’s reality. Cobots give manufacturers the flexibility they need to thrive in good times and not-so-good times. Advances in robotic technology make it possible to put cobots to work 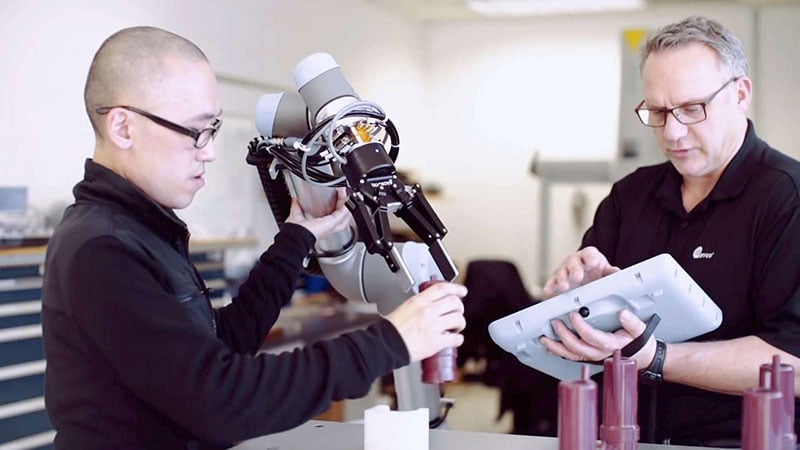 EVCO Plastics in Wisconsin, USA, is a custom injection molder facing the challenge of having to staff round-the-clock production with fast-changing processes. A mobile fleet of Universal Robots now handles a wide range of tasks such as dispensing, assembly, quality inspection, harvesting of 3D printers and packaging. “We don’t come to the customer with this large cost, saying; ‘Hey, you need to buy this robot that’s going to run this one job.’ We take the cost and we allocate it out over several customers, so that makes us really cost-competitive,” says Bernie Degenhart, (right) automation manager at EVCO Plastics

With collaborative robots, manufacturers can build the operations they need to compete and thrive regardless of the economic climate, where people work on strategic tasks and flexibility is part of the organizational DNA.

Share your thoughts on the role flexibility plays – or could play – in your operations. How would more flexibility help your organization navigate a recession – whenever it comes? Tweet me @jim_lawton. 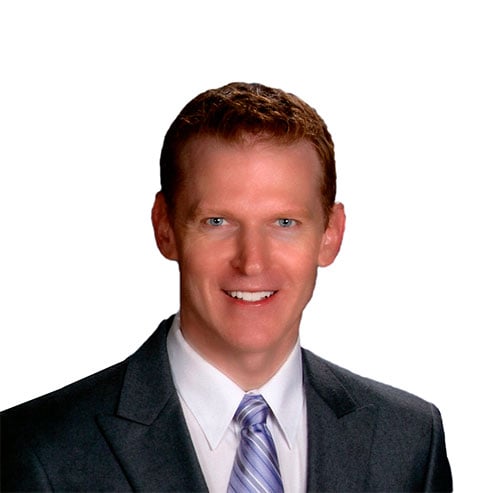 Experienced in both start-up and Fortune 500 environments, Jim’s career has focused on building organizations that give manufacturers new and effective ways to capitalize on the intersection of technology and business performance. From early days in e-commerce market and supply chain optimization to supplier risk management, Jim has been on the leading edge of innovation that changes what world-class manufacturing looks like. Since 2013, Jim has focused on the opportunity for manufacturers to harness advanced automation and collaborative robots to transform their operations and how the world thinks about work. He joined Universal Robots in 2018 and today leads the product and applications management of the company’s advanced collaborative robots to manufacturers and distributors all over the world. Jim holds a BS in Electrical Engineering from Tufts University, an MS in Electrical Engineering and Computer Science from MIT and an MBA from MIT’s Sloan School of Management, where he was an inaugural Fellow in the MIT Leaders for Global Operations (LGO) program.