The success of the Danish robotics cluster

In Denmark, a successful cluster of robot companies has emerged, with Universal Robots as the flagship. This cluster is rooted in visionary decisions made by private sector business representatives in conjunction with university scientists 30 years ago. Since then, the cluster has developed in close collaboration between private initiatives, knowledge institutions, and public industrial policy. This story carries an important lesson.

Denmark – and especially the Danish island of Funen – is home to a strong cluster of robot companies today. The cluster consists of well-developed research and educational institutions with significant industrial automation knowledge and more than 80 companies with automation technologies as the core of their business. This cluster employs more than 2,300 people – and is expected to grow at a high rate in years to come.

A breakthrough for the robot cluster arrived with the strong global growth in sales for the flagship of the cluster, Universal Robots, acquired by the U.S. company Teradyne in 2015 for $285M.

International experiences with ecosystems surrounding technology-based growth companies show that individual significant and commercial successes are pivotal to the development of a cluster. But at the same time, it has been important that throughout more than 30 years, significant initiatives have been taken by both private and public players to create the robot environment now flourishing.

I describe this story in a new book “A cluster that works” subtitled “Universal Robots and the Funen robot environment 1986-2016”, released in April this year. 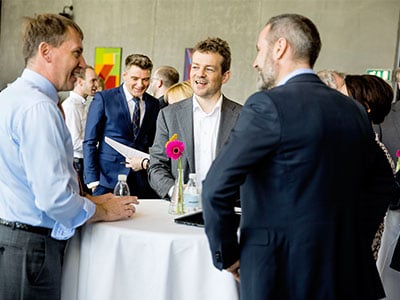 The foundation of the cluster was created back in the 80s when A.P. Møller’s shipyard in Odense (largest city in Funen) and Odense University joined forces to develop advanced software for operating self-programming robots. This collaboration resulted in the largest private donation to a Danish university ever, when “A.P. Møllers Almenfond” in 1997 granted $12M to a scientific research institute within robot technology.

From this collaboration, AMROSE was developed – a software company owned by A.P. Møller and the university – which kept on working with developing advanced programs for robots. Today, it is clear to everyone that AMROSE’s robots and software were 20 years ahead of their time.

But the software that was developed back then is the foundation for the robots that Denmark and Funen are known for today.

From this research, Universal Robots was developed, and started to produce small low-cost so-called cobots, collaborative robots. They are suitable for use in Danish industrial enterprises that to a great extent make their profits from flexible production in small batches. These robots make them competitive with China.

Universal Robots and two of the founders, Kristian Kassow and Esben Østergaard, almost failed with their project, when in 2008, their company was rescued by Statens Vækstfond (The National Growth Foundation) and injected with new capital and new management in order to further grow the company.

Today, eight years later, Universal Robots is one of Denmark’s fastest growing companies with global reach. And with an American parent company investing heavily in Danish high technology aiming to keep the company’s headquarters and development department in Odense. 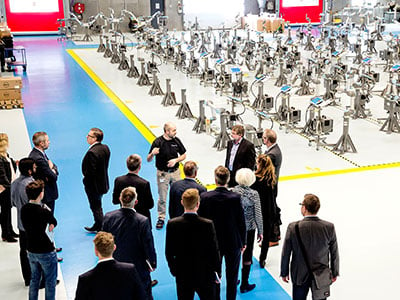 The reception attendees were treated to a tour of Universal Robots
production hall after the presentation of Steno’s book.

Simultaneously, a range of new robot-related companies is emerging, with players from the robot environment as project developers and investors.

These companies employ engineers and other highly educated professionals with expertise in robot technology that are educated at the Maersk Mc-Kinney Møller Institute, which in 2015 had a record intake of new students.

Since 2006, exhaustive research in robot development has also been conducted at Teknologisk Instituts Robotcenter in Odense (The Technological Institute’s Robot Center).

Collectively, this has created a growth environment gaining critical mass and is quickly becoming a role model for other commercial clusters in Denmark.

The robot industry is created by enterprising individuals who wanted to create automation solution. But industrial policies have also played a part;

Without a national growth foundation to financially assist the cluster’s flagship, Universal Robots, when times were hard, the company had never become the success we see today.

And without national innovation environments to spot business ideas in the university environment, and invest in their early establishment, Universal Robots were unlikely to have ever become a business.

Without Højteknologifonden (The High Technology Foundation), established in 2005 to increase research and development, and to strengthen the collaboration between universities and businesses, several of the research programs that were pivotal for the business development of the Funen robot cluster would have never been initiated.

And without Amt (County) and Kommune (Municipality) councils with a pronounced industrial policy to develop new workplaces for highly educated professionals on Funen, the robot environment in Odense would have likely crumbled at the turn of the millennium when A.P. Møller abandoned its spearhead position in shipyard automation.

The industrial political lesson to learn from the story of the Funen robot environment is that private initiative is pivotal for the development of clusters.

But when promising clusters are already in the making, a public contribution to support development can turn out to be particularly valuable. 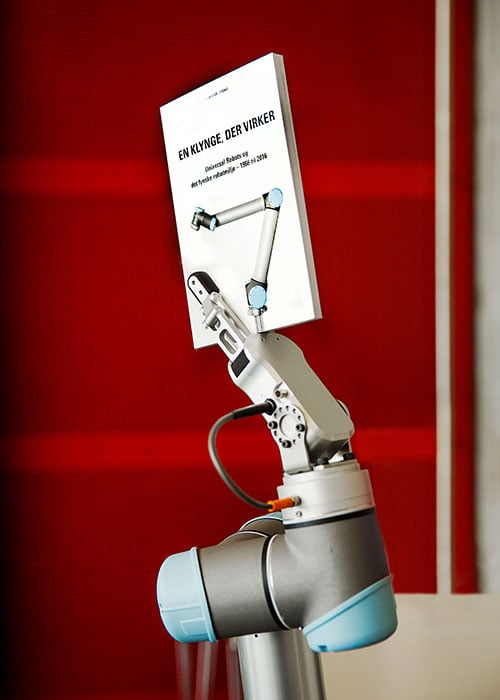 Carsten Steno’s new book “A cluster that works” presented by exactly that: A UR robot
with a gripper from OnRobot – both solutions developed in the Danish robotics cluster. 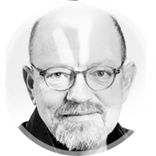 Carsten Steno, b. 1951, is one of Denmark’s most experienced and knowledgeable business reporters covering industry, retail, small- and midsized businesses and management. He started his career at the news agency Ritzau’s Bureau in the 1970s, moved on to become a New York correspondent in the 80s and has since held editorial management positions within the business dailies Børsen, Berlingske Tidende and Erhvervsbladet