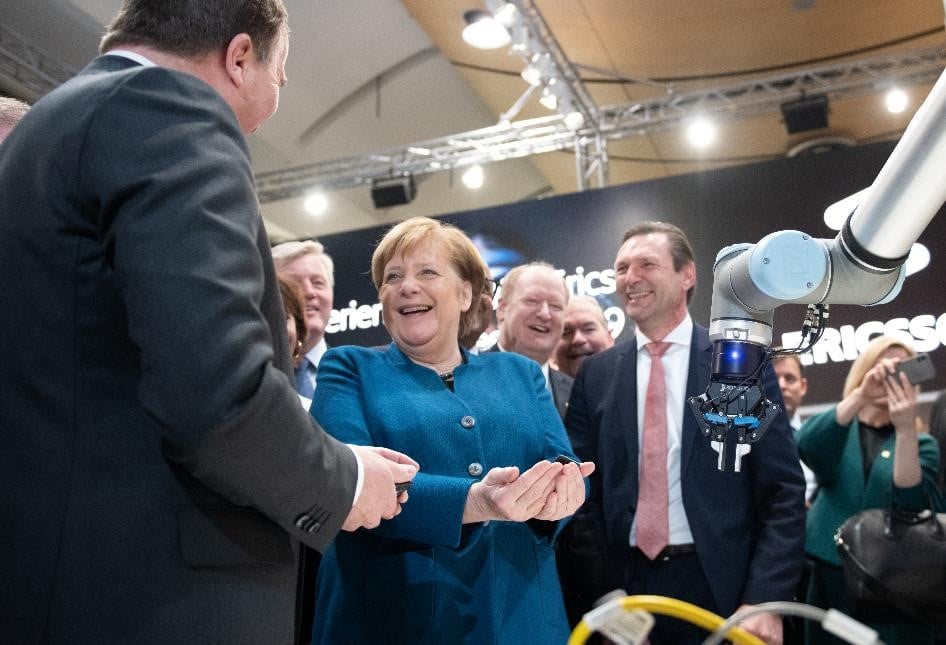 As one of the largest trade shows in the world, featuring 6,500 exhibitors and more than 215,000 visitors, Hannover Messe definitely stands for superlatives.

Year after year, one of the highlights of the industry's leading trade fair with international relevance is German Chancellor Angela Merkel tour of the massive expo floor. And this time it offered her a special encounter: When a collaborative robot from Universal Robots presented her with a pack of peppermint sweets, Merkel and everyone else were literally in awe. "Humans continue to play a central role," was her conclusion as she saw first-hand how cobots can work directly with people

Our video recap of the show features interviews with our President Jürgen Von Hollen and General Manager of Western Europe, Helmut Schmid, offering insights on what application areas we’re expecting the largest global growth from, expansion of the UR+ ecosystem, UR Academy and much more.

Touching and testing allowed
Merkel couldn't have put it more aptly. At the Universal Robots’ booth, the visitors themselves were at least as much the center of attention as the cobots. The motto here was: "Touching allowed!” The visitors gratefully accepted this opportunity. Quite a few tried their hand at programming simple applications under the guidance of the UR team. And when they saw how the robots were able to translate their specifications into concrete movements after just a few minutes of programming, Merkel-like enthusiasm spread across their faces. 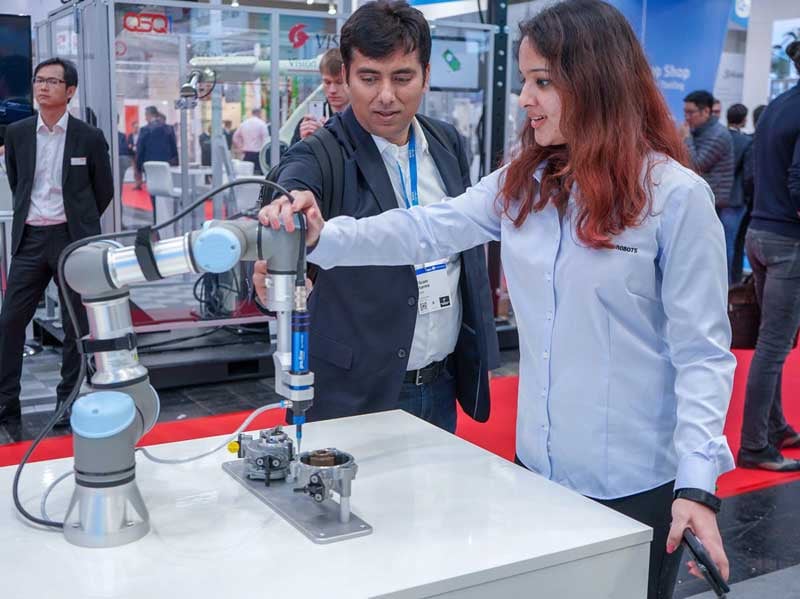 Usually, you can’t just walk up to an industrial robot and start interacting with it at a tradeshow. The UR cobot’s built-in safety system makes hands-on demos a reality as the cobot automatically stops operating if it encounters obstacles in its route.

Applications from all areas
The Universal Robots stand was subdivided into different areas featuring applications within machine tending, assembly, packaging, and processing. Each application area featured a number of UR solutions demonstrating how they can generate added value for their users. 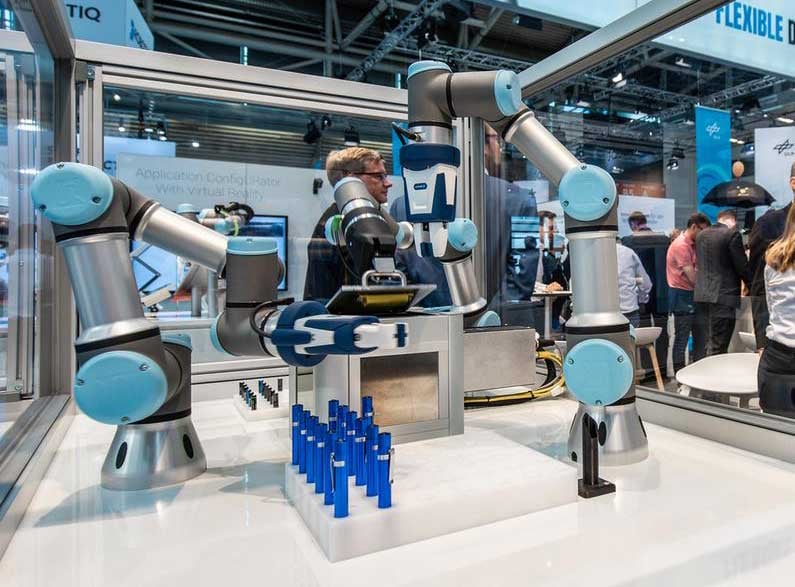 Three UR3e robots assemble flashlights that are then handed over to the trade show visitors. 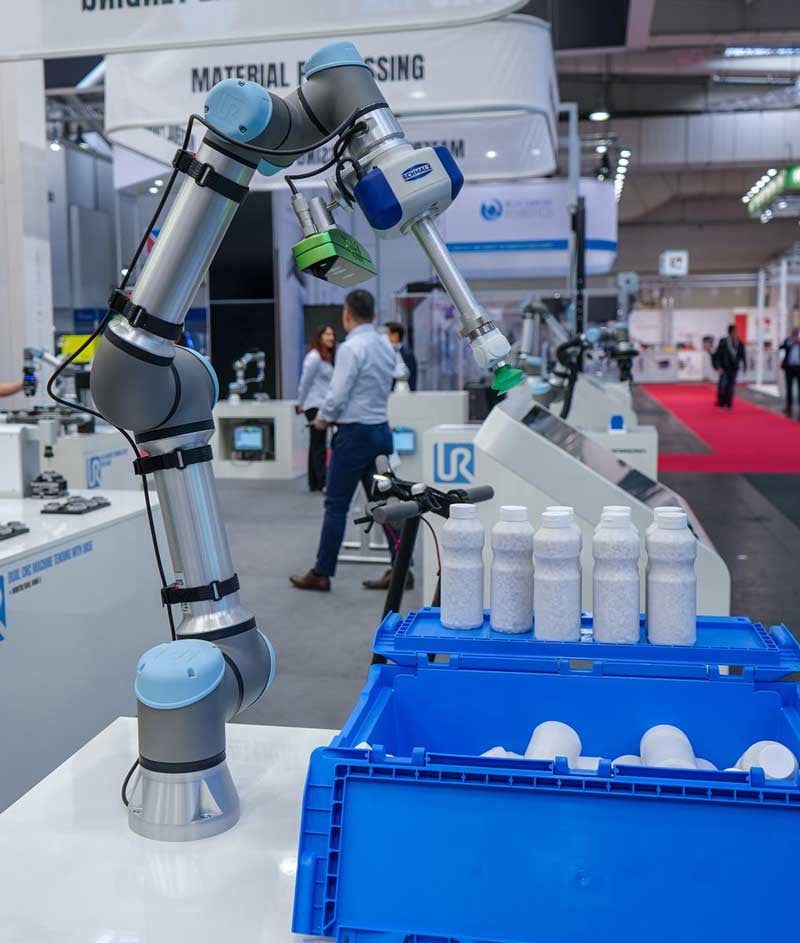 UR5e picking randomly oriented parts from a bin utilizing the Pick-it 3D camera and the Schmalz CobotPump solution, an affordable and user-friendly solution to an otherwise complex task.

Want to know more about what UR Cobots can do for you business? - learn more about the benefits of automation here