Universal Robots: Come for the Safety, Stay for the Ease of Use

Recently, I had someone ask why Universal Robots and Rethink Robotics have made such an impact on the automation market. For those that have direct experience with the challenges of implementing industrial automation, the response would most certainly be the prospect of being able to use a robot without any external safety measures such as hard guarding or light curtains. While this is certainly a game change there is another more tangible aspect that these companies have brought to the market. Ease of use.

As someone who has been responsible for evaluating new robotic and motion control technologies for close to two decades, I have seen a lot of change. The one thing that has stayed very consistent is that it takes a well-trained person to properly program an industrial robotic or motion control solution. Every few years robot and motion manufacturers would tout how much easier to program their solution had become due to the addition of setup wizards, switching over to IEC61131, or some other shortcut. Granted, these improvements have simplified the lives of our customers and support engineers, but they still didn’t pass my litmus test:

Could someone with little to no training walk up to the controller and within minutes have a usable program written and running with minimal instruction?

Inevitably the answer was no.

For me, as a non-programmer, this is an easy determination. As I have learned over the past two decades, just the configuration requirements of traditional robotic and motion control solutions are enough for most non-programmers to “cry uncle”, much less successfully writing a functional program. Every time a vendor has come in to tell me how easy their new solution is to program, inevitably I would still need to go get one of our controls engineers to help.

For our customers, it has been no different. Regardless of the format or the programming language, if we sold a multi-axis motion solution or robot to someone who did not have any prior experience - much less someone who had no programming experience at all - we would either need to send in one of our engineers or the customer would have to go to factory training.

The True Value of an Intuitive Robot

For comparison, let’s step back and look at another software intensive technology, the cell phone. Having recently purchased a new one, it struck me, when was the last time I got a complete user’s manual with a cell phone? For instance, going back 20 years or so, if you picked up a brand new Nokia 5190 you got a paper manual that weighed about as much as the phone. This was for a phone that only stored phone numbers and made calls!

Go pick up a smartphone today, a handheld device that is vastly more capable than the PCs that were available in the 1990’s, and you barely get a quick start guide. Why? Because the software and the interface allow you to access all that power intuitively.

Now, I am in no way suggesting that programming a robot with multiple logic threads and error handling is something that can be distilled down to the same level as learning how to play Angry Birds. But for the basics, there is absolutely no reason it should take two weeks of factory training to learn how to program a robot to perform a simple machine tending solution.

A few forward thinking companies agreed with this premise and took action. Back in 2012, a company by the name of Heartland Robotics and one by the name of Universal Robots started making some noise. Heartland was the brainchild of Rodney Brooks and Universal Robots that of Esben Østergaard. Rodney Brooks, from Roomba Robot fame, wanted to make robots approachable and as programming-free as possible. Esben Østergaard, a PhD student, wanted to develop robotic technology that would allow the Small to Medium Size Enterprise a lower cost of entry by providing an easy use scalable solution that could address real world production requirements without the traditional headaches.

Both succeeded in their own ways. They created a solution that was not only safe but could be operated by virtually anyone. Quite literally, if you had the skills to use a smartphone or program your DVR, you could figure out how to use either robot. Granted, others have done force limited robots, but even if your budget could stomach them, they are too complicated to be supported by a layman. For us, we chose to partner with Universal Robots. It fit our wheelhouse perfectly: it is repeatable enough to compete with any other solution in the precision motion control industry and it allowed us to marry all manner of traditional robot technology to it in order to provide a complete solution.

Without fail, whether the customer has been new to robots or had a plant full of traditional ones, once we hand the teach pendant over during a demo, the lights come on and the fact that the unit was force limited fades into the background. This has been the case whether it was the Health and Safety Officer who has never touched a robot, the owner who pays a team to do such things, or the in-house robot programmer with years of experience. Each profile with their own skill sets and motivations for being involved in the demo come to the same conclusion: if it really is this easy to program, imagine where we can use these. Only then as an afterthought do they think, “oh yeah, it’s likely safe enough to where we can use it without having to lock behind a cage-like our other robots.” 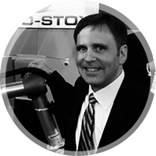 Andy is a guest blogger on the Univesal Robots blog.