Universal Robots at the 2019 Automate show: A hands-on experience 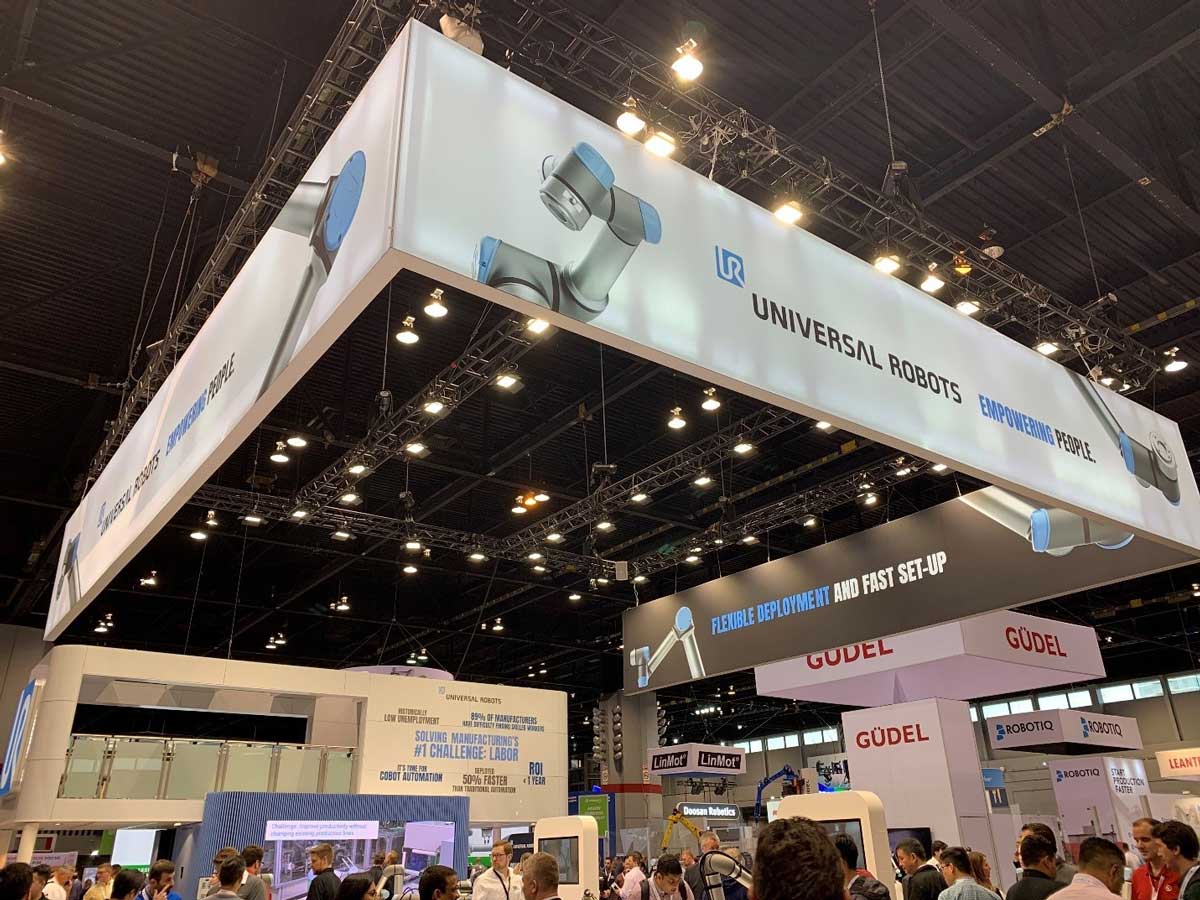 The North hall of the McCormick Place in Chicago, Illinois, USA brimmed with thousands of attendees during the week of April 8-11, 2019. North America’s largest trade show in the automation industry; The Automate Show, welcomed ambitious exhibitors displaying jaw-dropping booth displays with everything from musical instruments played by robots to complex pick-and-place applications.

How do our customers and UR+ partners experience working with the UR cobots? We caught up with many of them at Automate and summarized some insights in this recap video, that also introduces the application clusters showcased - along with a tally of the record breaking number of UR cobots at the show.

This year’s event saw more than 20,000 attendees and over 500 exhibitors, making it the biggest and most successful Automate Show to date. At the forefront, with one of the largest and most heavily trafficked booths of them all was the 40 x 60 ft sized booth at Universal Robots. The booth featured five main sections, with four of them displaying separate applications in vertical segments reflecting the industries where cobots are currently experiencing significant growth. 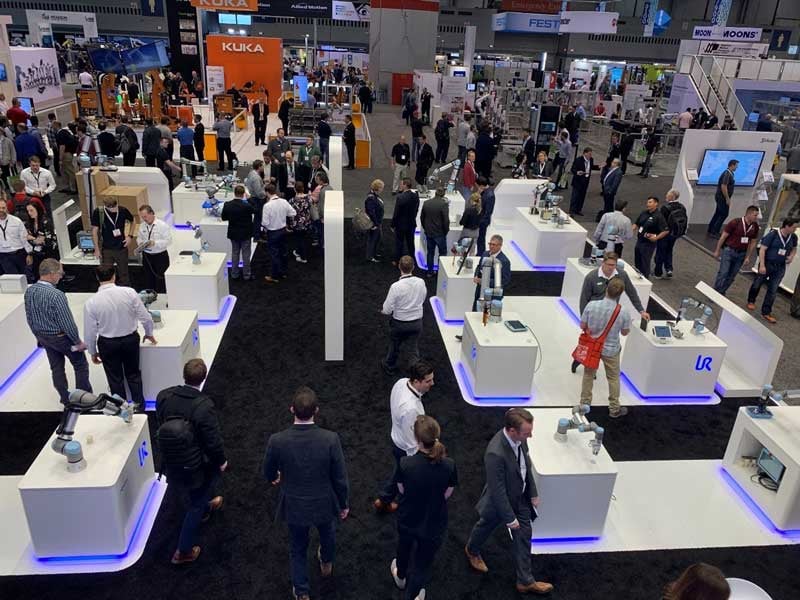 UR cobots in action in our processing cluster; watch a UR10e polishing while adapting to complex surfaces with a Dynabrade sander and a UR3e mounted for minimal footprint demonstrate a dispensing task utilizing the e-Series’ built-in Process Motion with constant tool speed.

Our machine tending section showed a loading and unloading application with a single UR5e tending both a lathe machine and a CNC machine using the dual Robotiq HAND-E grippers for increased spindle uptime.

Our video displays a narration of packaging applications including: a UR10e using the SKF LIFTKIT vertical 7th axis demonstrating depalletizing and palletizing on full pallets: a UR5e using OnRobot’s RG2 gripper to handle boxes while a second UR5e is equipped with Piab’s piCOBOT gripper to handle the packaging of cans: a UR5e picking randomly oriented parts from a bin utilizing the Pick-it 3D camera and the Schmalz CobotPump solution.

The fifth section, affectionately dubbed the “Play-Pen“ provided the booth visitors with an interactive, “hands-on“ experience where they could learn to program one of the four cobots using the teach pendant while receiving assistance from a nearby Universal Robots employee. Serving as both educational and entertaining, this section was one of the most popular sections, drawing booth visitors from a wide range of industries. 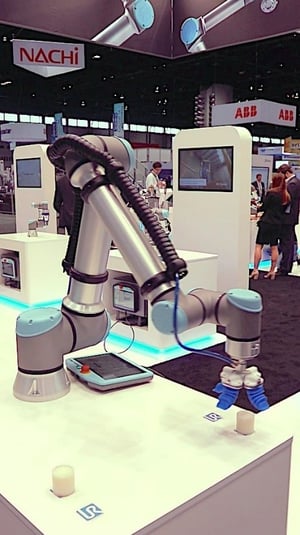 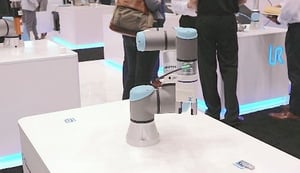 Not only was this the largest and most successful Automate Show in its 8-year reign in Chicago, it also proved to be one of the greatest representations of Universal Robots, with over 86 exhibitors displaying a Universal Robots cobot in their booths. With qualities like the simple yet powerful programming, reduced engineering time and cost associated with Universal Robots’cobots, they are easily implemented into a wide range of applications and industries, as demonstrated at this year’s Automate Show. The next Automate Show will be held on May 17-20 at the Cobo Center in Detroit, Michigan and Universal Robots is looking forward to exhibiting again.