From Robots to Collaborative Robots - A Brief History 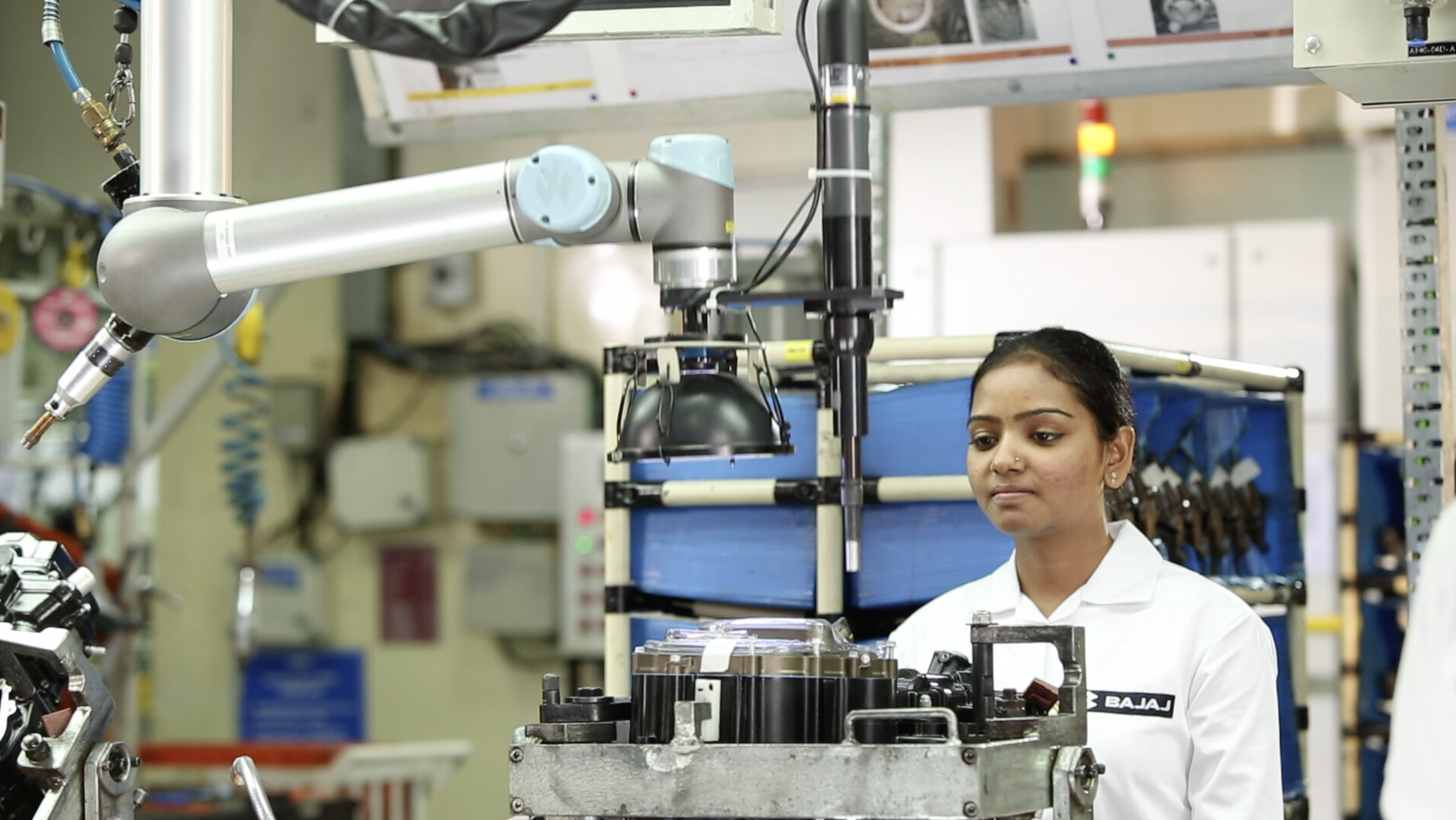 The Dawn of Collaborative Robots

The dawn of this year marks an entire century since the term 'Robot' was coined. Closer to home, it also marks an entire decade since the very first cobot from Universal Robots was deployed in South Asia. To mark these two very special milestones, we decided to start our very own local blog.

As a pioneer and leader in collaborative robots, Empowering People has always been our mission. This blog is intended to celebrate our journey while also addressing the automation needs of manufacturers in South Asia.

A century ago, mankind first heard of robots, not as robots as we know them today but as fictional androids in a play. The term 'robot' was first coined by Josef Čapek, the brother of Czech writer Karel Čapek. It came from the Czech word, 'robota,' which meant forced labor. Karel's play, RUR (Rossum's Universal Robots), depicted the first fictional humanoid. While his description of robots was a little different as compared to today's robots, it laid the foundation of the idea of using artificial materials to mimic human actions.

It wasn't until thirty years later in 1950 that George Devol invented and patented the first industrial robot - Unimate. Devol, along with his business associate Joseph Engelberger, also known as the 'Father of Robotics', started the world's first robot manufacturing company and named it Unimation. Unimate was used on the General Motors assembly line in 1961. Its primary job was to save human workers from toxic fumes and loss of limbs, by transporting die castings from an assembly line and welding these parts on auto bodies.

The next important invention in the arena was by Victor Scheinman, who invented the 'Stanford arm' at Stanford University in 1969. The Stanford arm, which was an all-electric 6-axis articulated robot, was sold to Unimation.

The Rise of Industrial Robots

1960 to 2000 was a popular time for industrial robots, which gained traction and were deployed, especially in the automotive industry and other manufacturing sectors. The International Robotics Federation (IRF) estimated that there were 7,42,500 industrial robots in operation in the year 2000.

While these industrial robots made sense for bigger companies, SME manufacturers without floor space for safety fencing, the ability to make a heavy capital investment, or the programming expertise to deploy robots, were simply left out. They were crippled by the lack of an automation solution that could enable them to reach their full potential.

On the other hand, workers feared that robots would steal their jobs. Working alongside a robot was unimaginable due to safety concerns. This led to the beginning of a new field of robotics called Human-Robot Collaboration, which started studying the processes by which humans and robots could work together to achieve shared goals.

The Dawn of Collaborative Robots

Actual working prototypes of the first cobot can be attributed to three members of the research team at the University of Southern Denmark: Esben Østergaard, Kristian Kassow, and Kasper Støy. Their goal was to develop an affordable, lightweight, and flexible, collaborative robot, which could deliver a rapid ROI for the manufacturing industry. This revolutionary idea led to the birth of Universal Robots A/S in 2005. 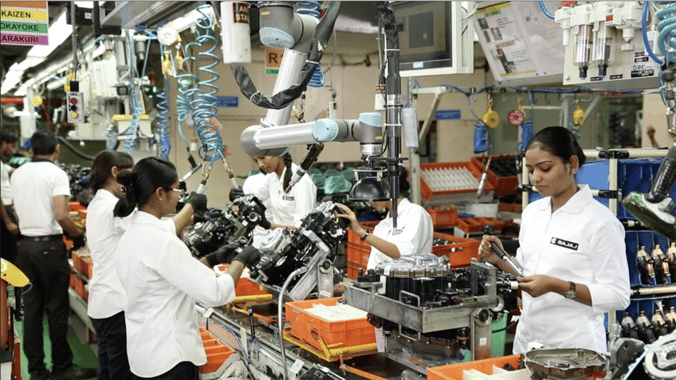 The introduction of Industry 4.0 in 2011, promoted the computerization of manufacturing. They recommended the shift to 'smart factories' using machines with sensors, connectivity, and the ability to do work with minimal human intervention. As a result, the manufacturing industry witnessed a paradigm shift from expensive, large-sized, and inflexible robots to lightweight, connected, compact, and easy-to-operate robots, and thus the cobot was born!

So, What is the Cobot?

A cobot, short for collaborative robot, is a robot that is intended to physically interact or communicate with humans in a shared workspace. While cobots are designed to work hand-in-hand with humans, industrial robots were designed to replace humans. Enhancements in visual technology, sensors, Artificial Intelligence programming, and relatively smaller space requirements, make cohabitation of humans and cobots easy and safe. No other automation technology has had a greater impact on manufacturing, since the invention of the assembly line.

The International Federation of Robotics (IFR) defines four levels of collaboration with robots:

Typically, traditional industrial robots can only work at the lowest level, while cobots allow for the highest levels of truly collaborative applications.

How It All Began - Universal Robots

The history of collaborative robots was evangelized by a group of three students from the University of Southern Denmark, strategizing just how they could reinvent traditional robotics to benefit all types of manufacturing industries. In 2005, Universal Robots was born, founded by the same three students, driven by the goal of developing an affordable, flexible, and user-friendly robot.

2016 was a true milestone in the history of robots for us, when ISO published the ISO/TS 15066 specifications, containing guidelines on how the safety of human workers must be ensured in collaborative robotic systems. It was also the year in which we launched the Universal Robots+ platform, which we loosely describe as the "app store for robots." UR+ lists a host of end effectors, software, vision systems, and other accessories, all tested and certified to integrate seamlessly with our cobots.

Furthering our vision to enable accessible automation, UR+ enables an even easier experience in helping our users automate almost any application. 2016 marked the launch of Universal Robots Academy as well. With the free online training program that enables anyone to become a cobot programmer from the comfort of their own home, UR Academy is yet another testament to the simplicity and the ease-of-use of our collaborative robots.

Esben and Kristian Kassow developing first UR cobot around 2008

2018 witnessed the launch of the e-Series range of cobots – the UR3e, UR5e, and UR10e – more advanced versions of their predecessors. Equipped with a built-in force-torque sensor, the e-Series range took cobots to a whole new level, with 65 patents in Robot Safety, Robot Construction, Trajectory Control, Robot Calibration & Programming. The overwhelming success of the e-Series, coupled with the demand for a higher payload cobot, resulted in the 2019 launch of the newest member of the UR cobot family, the UR16e. With a 16-kilogram payload and 900-millimeter reach, the UR16e is especially suited for heavy machine tending, palletizing, vigorous sanding and polishing applications, as well as higher torque screw and nut driving.

Universal Robots is a value-driven company with a diverse team and a united focus. Our cobots are user friendly and flexible with easy deployment, simple set-up, and affordability.

UR focuses on changing the way people work and live, by empowering their ideas and dreams. UR is redefining the way manufacturers operate today. Our mission and vision are to help small and mid-sized enterprises become more productive. We help people focus on more valuable work, while our cobots do the tedious and complex tasks.

Labor shortages, economic volatility, competitive pressure, time & money are some of the main barriers faced by manufacturing industries. UR aims to reduce or eradicate, some or all of these barriers and create an ergonomically safe working environment.

UR has been able to improve the production capabilities of various SMEs such as Shruti Engineers in Maharashtra and Sri Lakshmi Agro Foods in Tamil Nadu, with their cobots, while introducing newer models. 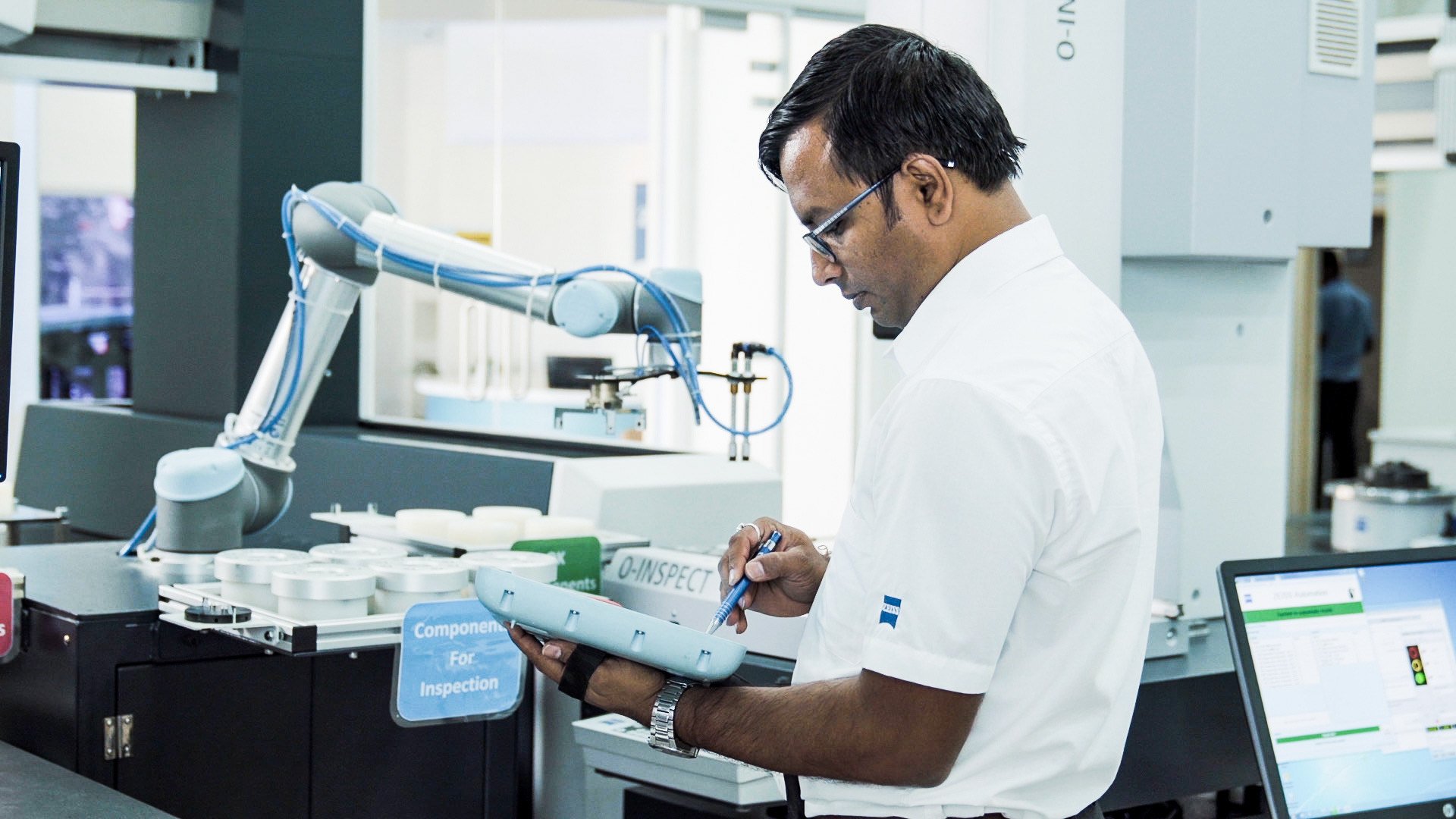 Where Are We Today?

Today, wherever you see innovation, you see a cobot from Universal Robots. After all, there's got to be a reason why we've been featured on MIT Technology Review's 2015 list of 50 Smartest Companies, or our co-founder, Esben Østergaard, was awarded the 2018 Engelberger Award – the "Nobel Prize" of Robotics. With over 42,000 of our cobots deployed globally today, our unparalleled cobot technology is one that quickly skyrocketed from an idea to a trailblazer, addressing the needs of large and small manufacturers alike, wherever they may be. In fact, you can see what some of our South Asian customers have to say about their experience with our cobots.

Whether you are an existing customer, a manufacturer who is facing automation challenges, or simply a robot enthusiast, we hope you subscribe to our blog and join us on our journey to Empower People!